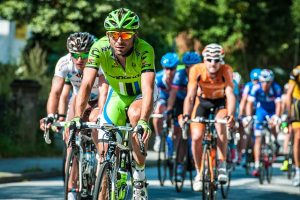 This year’s RideLondon event has beaten the 2017 record of £12.75 million and has brought the total money raised for charity in the first six years of the world’s greatest festival of cycling to more than £66 million.

Prudential RideLondon was created by the Mayor of London and agencies in 2013, growing to become the world’s greatest festival of cycling. The event is managed by the London & Surrey Cycling Partnership (LSCP), a partnership between London Marathon Events Limited and SweetSpot Group Limited.

This event sits within the Mayor’s and TfL’s cycling programme.

“I’d like to pay tribute to every cyclist who helped raise this record-breaking amount of money for charity at 2018 Prudential RideLondon. Their efforts will help some fantastic charities make a real difference to people’s lives”.

The first launch of Prudential RideLondon in 2013 saw 16,000 riders raise more than £7 million, with the following years seeing a significant increase in the number of cyclists and the money raised. 2014 saw 20,709 cyclists that broke the £10 million barrier, 2015 saw 25,564 finishers raising more than £12 million and setting a new fundraising record for a cycling event in Europe. 2018, may have been the hardest year yet as riders fought through the strong winds and heavy rain but came out champions raising a record £13 million.

£300,000 was raised for Charity of the Year, Great Ormond Street Hospital (GOSH) Children’s Charity by a team of more than 450 riders.

Macmillan Cancer Support raised more than £500,000, with Alzheimer’s Society, British Heart Foundation and Prostate Cancer UK among the many other charities that raised six figure sums.

This year’s event has been impressive and a milestone in cycling, but what will 2019 bring to the table?

The 2019 Prudential RideLondon-Surrey 100 takes place on Sunday 4th of August!